You own a contracting business. You have the skills, the employees, the equipment and, presumably, the customers. Now the question is, how do you make it all work to make sure your business prospers?

That’s Shawn McCadden’s department. McCadden is owner of Remodel My Business, Inc., and a nationally known speaker and business trainer with more than 40 years of experience in the remodeling and new home construction industries.

This past October, McCaddern led a discussion entitled “Estimating, Pricing and Producing Successful Construction Projects” for two dozen contractors from throughout the Granite State at the New Hampshire Home Builders Associa tion’s Concord offices. The general consensus of the group, during their introductions, was that they were looking for ways to get a better handle on their companies’ finances, and especially the tricky art of estimating jobs.

“Business success starts with financial planning, and then with sales and estimating processes,” McCadden says.

During a comprehensive seven hour presentation, McCadden employed a mix of good-natured Mark Twain-style common sense and sharp business savvy to help contractors maximize their bottom line. That’s vital, since recent federal statistics indicate that half of private contracting companies fail within the first five years, and at the 10-year mark, 90 percent have either folded or are doing business under a different name.

“Businesses seldom fail because they’re not profitable,” he says. “It’s mainly because they run out of cash.”

First and foremost, McCadden warned attendees not to mistake having a particular skill set with having business acumen. In other words, an accomplished roofer, finish carpenter, plumber or general contractor may have mastered their trade and can do the work, but that’s not the same as running a business.

Businesses have numerous factors that the owner needs to comprehend and consider — such as goals, standards, management style and employees — in order to create a flourishing work environment and a prosperous company.

“Think of a business as a system, and all these other things as gears that have to come together,” says McCadden. “You’re trying to figure out how everything fits together.”

How a business owner meshes those “gears” is crucial to a company’s overall health. Using a top-down approach, McCadden said that once owners have established goals, they can establish standards to help them measure whether the company is meeting those goals. Those standards will also help determine what kind of employee, and what kind of management style, they want.

“We need profiles to hire the right people, people who fit our standards,” McCadden says, adding that he prefers a “mentoring” style of management as opposed to supervisory. “If we’ve got good management who can drive and mentor our own people to meet our standards, then we’ll meet our business goals.”

Successful business owners must also devise a sound and predictable business budget, and then create methods and systems to monitor performance. In order to ensure sustainable growth, McCadden recommends charging customers what you’ll need in the future to cover anticipated overhead, reserving excess funds to finance desired growth and “acting big from Day One.”

“Why not test the market to see what you can charge,” he says. “It’s better than starting your business all over again because you raised your prices.”

A company’s financial system, he says, has to cover all of the following bases:

Cash flow, or more specifically the lack of cash flow, is the chief culprit in many failed businesses, he said. “The worst thing is going to bed not knowing if you can pay your bills,” McCadden says.

To avoid sleepless nights, McCadden suggests setting up payment schedules that are front-loaded, when legal. This not only delivers a large portion of the payment at the start of the job, allowing payments to correspond with the project’s cash flow needs, but also benefits customers by providing a firm set of expectations.

McCadden advises contractors to develop proposals with a strict payment schedule, and then hold fast to the terms of that agree- ment. In short, a precise, detailed proposal holds both the customers and the contractor accountable.

“Stick to the rules of the game, but be sure to let the client know what the rules are,” McCadden says.

For example, McCadden recommends charging customers a $750 fee if a crew needs to leave the job site because a payment isn’t made on time. That arrangement is important to maintain cash flow, but it also assures the customer that the job will be completed on time.

By tying payments into project “milestones,” contractors can make sure they’re getting the money needed to pay for the up- coming work, while giving the client something to look forward to (completed portions of the project). Ideally, the payment schedule will require a “significant amount of the outstanding balance at  the second-to-last payment,” leaving a very small final payment (McCadden suggests 3 percent of the total project cost).

Though he uses the word “estimate” for putting together a proposal, McCadden prefers a different phrase when discussing projects with potential clients: “Are you providing estimates, or solutions at a fixed price? You want to think about how you present yourself.”

Avoid bidding wars for projects, McCadden says, which can  turn the process into a “reverse auction,” or a race to the lowest price, and often results in contractors compromising their financialmodel. Instead, he recommends that contractors develop estimation models that are sound, producing proposals that are both reason- able and achievable, and then stand by those figures. McCadden said the major three points that he hoped every attendee would take away were knowing the numbers, avoiding underestimating the value of your estimating system and making sure to job cost constantly.

Know your numbers
According to McCadden, too many contractors lack a full understanding of the financials for a construction business, and resort to guessing at what to use for labor rates and mark-up.

“Think of how silly and unprofessional that really is,” says McCadden, who ran his own Massachusetts-based company — Cus- tom Contracting, Inc. — until 2004. “Besides, it’s very empowering to know and have confidence in the pricing you give consumers.”

Essentially, business owners (and their estimators), need to know the cost of everything required to run the business — not just one specific project — and then make sure that the proposals they pres- ent to customers are covering those costs.

“If it doesn’t already, your estimating method should provide much more than just the price you will quote a prospect,” says McCadden. “It should give your production team what they need to prepare and to build the job on their own.”

To avoid making a WAG (wild-ass guess), or even a SWAG (scien- tific wild-ass guess), on any project, McCadden recommends that estimators devise a system that takes into account every dime that the company spends.

“I think of estimates as the center of the universe,” he says.

An estimating system with integrity — combining the right systems and the right people — not only reduces the likelihood of performing revised estimates, but also improves a contractor’s ability to compete for projects.

“Contractors make money by selling,” says McCadden. “Then they protect the profits by producing.”

“Profit,” emphasizes McCadden (a self-described capitalist), is not a four-letter word.

“Profit is a good thing,” he says. “You have to have profit and overhead figured into the mark-up.”

In the same vein, McCadden discourages contractors from ever discussing mark-up with customers. He prefers discussing “mar- gins” instead, which is typically a lower figure.

Job cost constantly
In short, being a business owner means constantly monitoring the financial well-being of the company.

“Like filing taxes, too many contractors wait until everything is done to see how they did,” says McCadden. “If you job cost as you build, you can learn your mistakes much sooner, giving you the ability to use the information gleaned to better price and produce your projects, at your planned profit.”

Prevent falling short on estimating job costs by using the cost of the highest paid worker (and presumably most skilled) on the job, he says.  However, that method also re- quires that the proposal reflect the time it would take that skilled worker to complete the task (presumably shorter than a lesser skilled employee).

Once you’ve agreed to a project in principal, it’s essential to man- age homeowner expectations before an agreement is signed. Initial- ly, this role falls to members of the sales team, who review project specifications and details (what’s included, what’s not), payment schedules and how change orders will be handled and paid for. If your estimating system is solid, you’ll have the time, materials and related cost for each task, a list of equipment needed and a “critical path” (or construction sequence) for completing the project.

Holding a pre-construction meeting with the customer (if a mar- ried couple, both spouses must be present), a representative of the sales team, and the point person on the job, is also important. That “point person,” says McCadden, should be the lead carpenter.

The lead carpenter has myriad duties overseeing the project, including confirmation of the start date, scheduling dumpster, equipment and material deliveries, keeping subcontractors, home- owners and the project manager informed of progress and any speed bumps, scheduling and managing building inspections, and scheduling the pre-completion meetings. But, again, his (or her) chief role may be managing client expectations.

“We refer to the lead carpenter as an ambassador with a tool belt,” he says.

The moniker is apt, because a lead carpenter can help short-cir- cuit many potential problems by acting on them quickly, resolving issues before they get blown out of proportion. 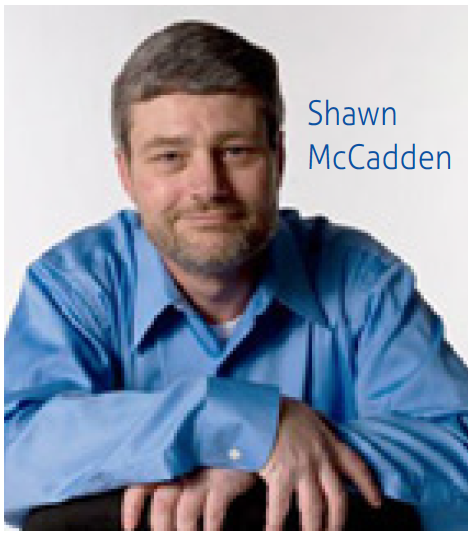 Finally, McCadden recommends dispensing with the time-hon- ored “punch list” in favor of a pre-completion meeting between the clients (again, both spouses in the case of a married couple), and the company’s representative. Here, final outstanding issues can be ad- dressed, as well as confirmation of the project accounting and final balance due. That way, the contractors pave the way for complete payment, and the customer is assured of a job well done.

Then it’s on to the next project.