Editor’s note: Granite State Builder’s Paul Morin is on the injured-reserve list – temporarily, we hope. We’ve plundered the archives for a look at some of Paul’s best work. This issue’s column first ran in the fall of 2013.

When people tell you to stick to what you are good at, they are just being polite. What they are really saying is that you are trying to do something else at which you are lousy and that you should stop, immediately. Based on my observations, builders should stop trying to market their companies and leave it to someone else, anyone else. This goes for me, too.

I was the first builder in New Hampshire with a website. That was pretty progressive if I do say so myself. Cutting edge. My domain, tarkka.com, is blessedly short because I got it while there were still plenty of domain names available. Yes, short, but also incomprehensible. Had I been a good marketer, I would have picked something short and memorable.  Alas.

Tarkka is a Finnish word and it’s also a common proper name, if you happen to be from Finland. Every Finn from here to Helsinki has been trying to take my short and sweet little URL away from me. Evidently there’s a boatload of Tarkkas in this world but they weren’t quick enough to grab the golden ring back at the dawn of the internet. Toughä luckä boys.

Even though the name is short, no one knows how to spell it. This is how it goes when I am on the phone with someone: “The name is Tarkka Homes, one R, two Ks. No, T as in tapetoida. That’s Finnish for wallpaper. Yes, what? No, I’m not Finnish. Does it matter?” And so on.

No one knows what it means either. I could tell you that Tarkka is a red wine that goes particularly well with moose steak. Or I could say it is a disease peculiar to the lingonberry bush. If I have plenty of time, I might explain that the high god Ukko in the polytheistic religion of pagan Finland exclaimed “Tarkka!” upon finding a fly in his mussel soup.” You wouldn’t know and I’ve got a million of ‘em.

But this only makes me a good kidder, which I like to be, and not a good marketer, which I know I am not. From a business perspective, this is problematic. A name like “Quality Builders of Southern New Hampshire” gives you a sense of competence, luxury, integrity. It makes you want to write checks. That’s what I should have called my company – something that connotes experience. Tarkka sounds like what you might say if you were to experience great pain. So yes, planting my company in the mind of the consumer is a challenge and like so many other builders, I shouldn’t attempt it on my own.

Early websites were a snap. Put up a few pictures, a little bit of decent copy and an email link. Done. Of course, that was in the 1990s, a lifetime ago in tech time. Technology quickly caught up. So while I used to be at the top of every internet search list, now I don’t even show up. Why? Because everything has changed. Today a website is barely the price of admission. Now you have to do stuff like (shudder) social media. You have to be “out there.” A lot of people already thought I was out there.

Facebook. Twitter. This is what I am told gets you on the first page of Google searches. And you don’t just sign up for these things, you have to use them, a lot. Not to sound like a crab or anything but I am trying to sell half million dollar buildings. Facebook is people talking about what they are having for lunch. I have one friend who posts every mundane little detail of her entire day. “Takeout pizza for dinner but can’t decide on the toppings. Hubby likes mushrooms and the kids like sausage. Thoughts?”

This important information gets her a dozen “likes.” I must be missing something.

Coming back to my point – I’m no different from any other builder out there. None of us should be trying to promote ourselves without good professional help. We’re just terrible at it. We write cliché riddled ad copy like little kids in third grade. Don’t believe it? Let’s do a BING search for “NH home builder” and see what we get. The first result is a seacoast builder using the oldest cliché in the book. Dude, we do not “turn peoples’ dreams into reality.” That’s impossible. We turn peoples’ basements into family rooms. The next builder in the search declares in big letters, “We build homes, not houses!” Glad we cleared that up. The third homebuilder site also turns dreams into reality. The fourth mentions dreams but doesn’t seem to turn them into anything. And it just gets worse the further you go.

Being a practitioner of what I preach, I called a recommended guru of the infobahn. I expected a long dirty beard and robes. What I got was a dude with a ponytail in tie die, close enough. He clucked at my aging website, my last Facebook post from 2010, my absence from Houzz and Pinterest, my total lack of presence. “You barely exist!” he declared. This sounded bad. He quickly wrote a prescription for placement on the top 50 social sites, blogs which would be ghost written for me, informative posts which I would know nothing about and pay-per-click advertising, which sounded like I would be found on all of the best porn sites. I wasn’t sure what I was buying, but I could tell it was going to be expensive.

This whole notion of being “found” is far too complicated for the hammer and nail types like us. I will listen to the marketers and get a QR code, a mobile enhanced website and a Twitter account. I will trust that being followed is now a good thing. And I will use Facebook and upload pictures of my cat Sylvester because I am assured this is how to sell more homes. Man, I miss the simpler times like they must have been in pagan Finland where Äkräs, god of fertility, plants and especially turnips, was the only one with any business turning dreams into reality. 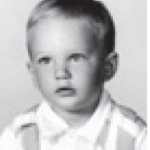 Paul Morin is president of Tarkka Homes Inc. in Weare, NH and a partner in The Abacus Group, a lobbying and consulting firm in Manchester, NH. In 2009, he was the first residential builder to receive the New Hampshire Construction Industry Ethics Award. He was asked to write a satirical article for The Finish Nail and directs all offended readers to the publisher for apologies.

On with the show 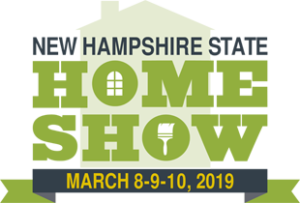